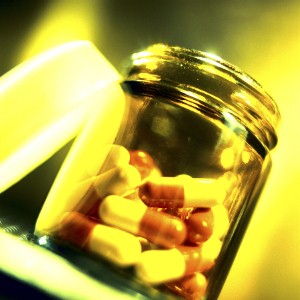 Primary progressive multiple sclerosis (PPMS) is a rare form of MS that affects less than 15 per cent of people diagnosed with the disease. It is so named because the symptoms get worse as soon as they appear, and do so steadily over time rather than appearing as sudden relapses.

Up until now, there wasn’t a specific drug available on the NHS to treat the symptoms of PPMS. However, the National Institute for Health and Care Excellence (NICE) has just recommended ocrelizumab for use with NHS England. The drug has been in testing for a while, but has so far not been approved due to its high price.

However, that has now changed. Although the details are confidential, NICE has reached a new commercial arrangement with ocrelizumab manufacturer Roche to make the drug available to NHS England at a lower price. This means PPMS patients can now easily access the first disease-modifying treatment available for their condition.

Meindert Boysen, director of the Centre for Health Technology Evaluation at NICE, said: “Our earlier draft guidance acknowledged that ocrelizumab represents an important development in the treatment of a condition for which there is a large unmet need.

“We are therefore pleased that NHS England and the company have been able to reach an agreement that will see this important new treatment made available to thousands of people with this form of MS.”

It is thought that roughly 2,700 people will now be eligible for treatment with ocrelizumab, which will be delivered to patients as an infusion once every six months. The drug has been shown to slow the progression of symptoms - which include loss of lower and upper limb function, fatigue, and cognitive impairment - but it is not yet known for how long.