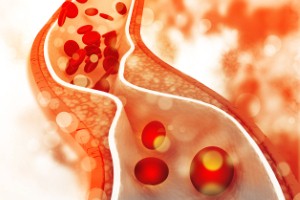 Heart attacks are less likely to occur among individuals with specific antibodies in their system, new research sponsored by the British Heart Foundation has indicated.

The study, carried out by researchers at Imperial College London in partnership with colleagues at Lund University in Sweden, focused on 87 patients with coronary heart disease and another 143 whose heart arteries were studied at length using new techniques developed in collaboration with the Thorax Centre in the Netherlands. The findings were published in the journal EBioMedicine.

What was discovered was that those who had suffered heart attacks in the first study and those with unstable fatty plaques in the second had low levels of an antibody called gM anti MDA-LDL. By contrast, those with the highest levels of this antibody were unlikely to develop dangerous arterial plaques and were 70 per cent less likely to develop heart disease.

The findings could represent a major breakthrough in the establishment of risk, with some people likely to get the good news that they are at a low risk of a heart attack, provided they look after their health well. At the same time, it will enable patients at higher risk to be aware of this and adjust their lifestyles and diets accordingly to minimise the dangers.

In addition, the study may also help pave the way for the development of new therapies, such as vaccines, to improve the immune system and aid the build-up of the helpful antibodies.

At present, the researchers do not know why some people have more of the antibodies than others. One possibility is that they are inherited, while another is that some may have produced them as a response to bacterial infections in childhood.

Earlier this month, Public Health England produced a 'heart age' guide that would enable people to determine the likelihood of them having a heart attack or stroke. While this may be very useful, the research on gM anti MDA-LDL may indicate that previously unknown extra risk factors are involved.

Mediplacements is a genuine specialist medical recruitment company. Contact us to see the latest cardiology jobs.