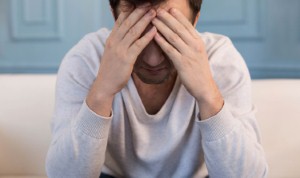 People who exercise regularly then suddenly stop taking part in physical activity may be at increased risk of depression, according to a new study.

Research carried out as part of a PhD at the University of Adelaide, Australia, involved the analysis of previous studies into the effects of stopping exercise, which included a total of 152 adults.

Participants had been taking part in exercise sessions lasting for at least 30 minutes three times a week for a minimum period of three months when they were asked to cease partaking in physical activity.

Julie Morgan, the PhD student behind the new research, commented: "An extensive body of clinical evidence shows that regular exercise can reduce and treat depression. However, there is limited research into what happens with depressive symptoms when exercise is stopped."

Her study, which has been published in the Journal of Affective Disorders, led to the discovery that cutting off regular exercise could result in people beginning to show signs of depression within a period of just three days.

For some participants, it was a couple of weeks before depressive symptoms and feelings of low mood began to manifest, which the University of Adelaide's head of psychiatry Professor Bernhard Baune highlighted was "still quite soon after stopping their exercise".

Other biological markers were not taken into account for the latest research, but the findings do appear to show a clear link between exercise cessation and the onset of depression.

This may be due to the fact that physical activity is known to encourage a boost in the release of endorphins in the body, which can lift mood. This is why exercise is often recommended alongside medication and therapy as a treatment for some mental health conditions.

"Adequate physical activity and exercise are important for both physical and mental health," Ms Morgan summarised.