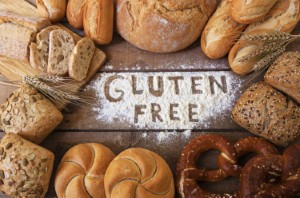 An increasing number of people are adopting gluten-free diets, either for medical reasons such as to avoid the symptoms associated with coeliac disease, or because they believe there could be health benefits attached to avoiding wheat.

However, new research from Harvard University has found that people who avoid gluten for no medical need may be unknowingly raising their risk of developing type 2 diabetes.

Scientists monitored the gluten consumption of 199,794 individuals over a period of 30 years, noting that most people's wheat intake was below 12 grams a day and that those who consumed the lowest amounts also ate less cereal fibre, which is already known to be a risk factor for type 2 diabetes.

Participants' consumption levels were checked every two years throughout the course of the study, with the researchers also asking about the quantities of various micronutrients (vitamins and minerals) that they consumed.

It was found that the 20 per cent of individuals who ate the most gluten each day were 13 per cent less likely to develop diabetes in later life in comparison to those who consumed under four grams of gluten each day.

While there are proven health benefits to people with coeliac disease avoiding gluten over the long term, these new findings suggest that giving up gluten could actually have an adverse effect on the health of people without such a condition.

Geng Zong, one of the researchers on the paper, explained: "We wanted to determine if gluten consumption will affect health in people with no apparent medical reasons to avoid gluten.

"Gluten-free foods often have less dietary fibre and other micronutrients, making them less nutritious and they also tend to cost more. People without coeliac disease may reconsider limiting their gluten intake for chronic disease prevention, especially for diabetes."

As a result, dieticians may wish to advise patients thinking of giving up gluten to rethink unless they have a diagnosed medical condition, as it could do more harm than good to their health over the long term.

Mediplacements is a genuine specialist medical recruitment company. Contact us to see the latest dietitian jobs.