Speech skills of women with early-stage Alzheimers may be deceptive 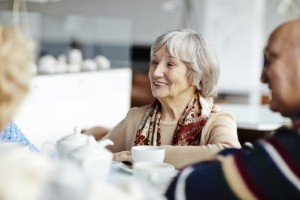 Women showing signs of the early stages of Alzheimer's disease tend to have more advanced verbal skills than their male counterparts, meaning it may take longer for the increasing seriousness of their condition to be detected.

This is according to new research carried out at the Albert Einstein College of Medicine in New York, which suggests that speech therapists and other communication experts may need to play a greater role in helping doctors diagnose how advanced a particular case of Alzheimer's is.

For the study, the glucose levels found in participants' temporal lobes were measured, with Alzheimer's sufferers compared against people showing only mild signs of cognitive impairment.

It was found that women typically performed better than their male counterparts on tests involving speech skills, even if they had moderate problems with brain glucose metabolism. Therefore, this suggests that it may be more difficult for healthcare workers to accurately identify signs of Alzheimer's disease in female patients, as they are more likely to be able to communicate via speech for longer.

Researchers believe this may be due to the fact that women are typically more talkative than men, meaning they are keeping the parts of their brain associated with speech and language active for longer.

Dr Doug Brown, director of research and development at the Alzheimer's Society, commented: "We know that women tend to perform better on verbal tests throughout their lives. Now, these results indicate that this way with words could make them more resilient to the effects of early-stage Alzheimer's disease.

"With dementia disproportionately affecting women, understanding how better language skills might be masking the effects of the condition could help doctors to better spot the early warning signs."

This suggests that speech therapists may need to play more of an active role in helping other healthcare workers with the diagnosis of Alzheimer's disease in female patients.