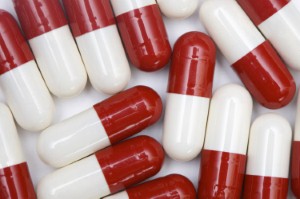 There has been a clampdown in the past few years with regard to antibiotic prescriptions in a bid to prevent people's immune systems from becoming unreceptive to potentially life-saving drugs.

However, women are more likely to still be prescribed antibiotics for minor conditions than their male counterparts, according to a new study.

Research published in the Journal of Antimicrobial Chemotherapy by a group of German and Swedish scientists showed that women are 27 per cent more likely than men to receive antibiotic prescriptions.

This conclusion was drawn following the analysis of 11 studies involving more than 44 million patients in total, which also looked at the prevalence of prescriptions across different age groups.

It was found that women aged between 16 and 34 are 36 per cent more likely than men of the same age to be given an antibiotic prescription by their GP, while females aged 35 to 54 receive 40 per cent more prescribed drugs than their male counterparts.

Prescriptions for cephalosporins - a multi-purpose antibiotic - are 44 per cent higher among women than men, while macrolides are prescribed 32 per cent more often to females than males, the research found.

Commenting on the study's findings, chair of the UK's Royal College of GPs Dr Maureen Baker called the research "fascinating", but suggested that the gender disparity relating to prescriptions may be due to the fact that men - particularly younger men - are typically less likely to seek advice or treatment from their doctor.

She added: "Growing resistance to antibiotics is an increasing and global concern - and everybody has a responsibility to help curb this trend."

In fact, in 2014, prime minister David Cameron warned the UK could soon be in a situation akin to that of the Dark Ages with people needlessly dying from minor infections as a result of antibiotic resistance.

Mediplacements is a genuine specialist medical recruitment company. Contact us to see the latest doctor jobs.