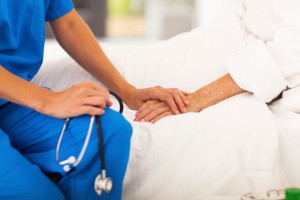 Patients' satisfaction with the NHS has dipped slightly over the past 12 months, indicating that there could be more opportunities for locum doctors as the health service strives to save its image.

The latest annual British Social Attitudes Survey from NatCen Social Research found that the UK public's satisfaction with the country's hospitals and doctors surgeries was ranked at 60 per cent during 2015, down ten per cent from the start of the coalition government's rule in 2010.

In addition, almost one-quarter (23 per cent) of respondents said they were actively dissatisfied with the NHS, marking an increase of eight per cent from 2014 - the single biggest climb in the survey's history.

Overall, waiting times for routine operations, cancer care and accident and emergency referrals were cited as the main reasons for dissatisfaction, with more than half of the 2,200 respondents reporting this as a significant bugbear.

However, in contrast, NHS patients reported high levels of satisfaction with the care provided by their GPs, indicating that doctors are most in demand at hospitals rather than GP surgeries.

At the bottom end of the scale, the lowest satisfaction rates were for social care services, which are typically managed by local councils and provide home-help to patients.

Meanwhile, the second highest cause of dissatisfaction was a lack of access to NHS staff, indicating that the health service could be set to create more temporary contracts to improve its image over the coming months.

Speaking to BBC News, Chris Ham, chief executive of the King's Fund thinktank, commented: "What's gone wrong is the public's perception of the NHS under growing pressure. Money is tight, waiting times are getting longer - people are concerned that when they need the NHS it might not be there for them."

In response, a spokesperson for the Department of Health stated: "There is pressure on the NHS as our population ages and that's why the government is investing record amounts to transform care."

Mediplacements is a genuine specialist medical recruitment company. Contact us to see the latest doctor jobs.